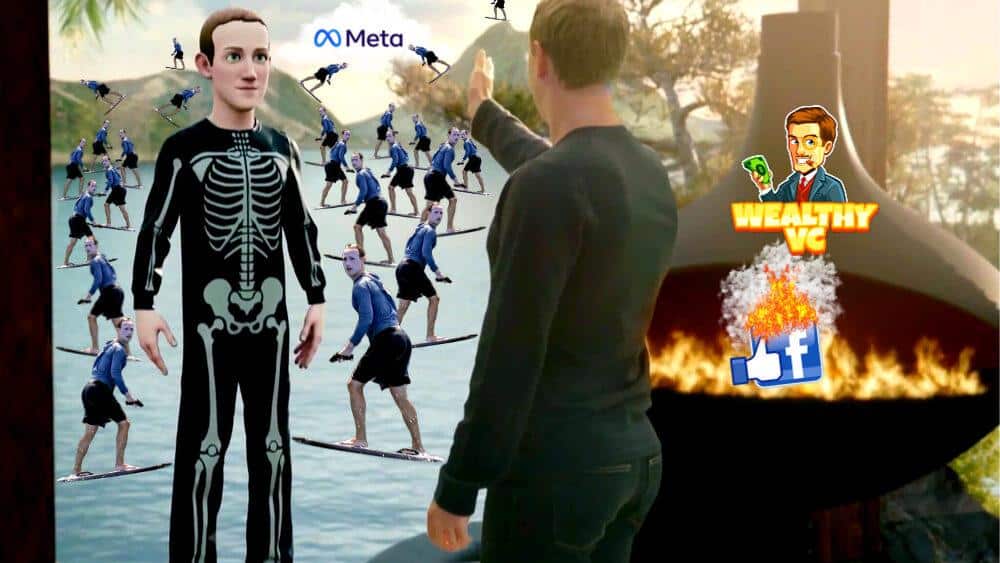 As Companies Expand and Branch Out Into New Markets Via Various New Business Ventures, it Can Lead to a Corporation Outgrowing its Name, Such is the Case With Big Tech Giant Facebook. Or is It?

Welcome to the Metaverse, formerly known as Facebook. While Facebook itself will remain unchanged, CEO and Chairman Mark Zuckerberg released a video, which most would agree is absolutely cringeworthy, to say the least, announcing that its parent company will now be known as Meta Platforms (NASDAQ: FB). Starting on December 1, 2021, the company’s ticker symbol will change from FB to MVRS.

Many believe that the corporate name change is related to recent allegations by a former employee turned whistleblower that the company either outright ignores or fails to address the harms caused by its social media platforms. The belief is that a name change can help deflect some of the resulting bad PR.

While the company has not commented on such speculation, in his announcement video, Zuckerberg stated that the name change “reflects the full breadth of what we do and the future that we want to help build.”

That future revolves around the metaverse, a term used to describe a fully realized virtual world. More than simply an online meeting place, the metaverse is a living, evolving environment, with virtual denizens building relationships, starting businesses, creating art and, yes, playing video games. Basically, all the things we do in the real world, but with even more control and infinite possibilities for customization.

Meta has been interested in the metaverse and virtual reality for some time, having acquired VR headset producer Oculus in 2014. The company has also been trying to release its own cryptocurrency, previously known as Libra and now known as Diem. These are two of the most important pieces to building Meta’s virtual world and we should expect more details on the impact they will have.

Many novice investors were unprepared for the announcement and ended up bidding up the stock of an unrelated company that happened to share a similar name, Meta Materials (NASDAQ: MMAT). In after-hours trading the day of the announcement, traders bid up MMAT by 25%.  While some investors have wised up since, others don’t seem to have caught on, as MMAT still trades nearly 12% up since the mixup started.

Interestingly, Zuckerberg has been a steady seller of FB stock recently. In the month of October, the Facebook CEO sold shares and exercised options netting him $$25,463,482. Since the META name change announcement, FB stock is up roughly 10%. Zuckerberg now holds 232,400 shares of FB valued at over $78 million.