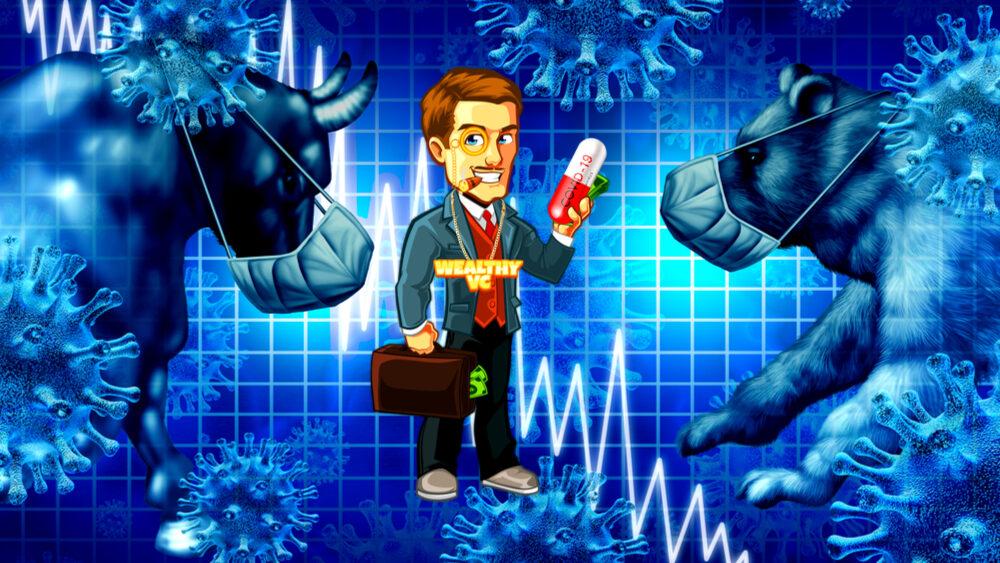 Nearly two years since the COVID-19 pandemic began and almost one year since the various COVID-19 vaccines started to roll out, the investing public is pivoting away from companies developing vaccines to those developing treatments for those who have contracted the virus.

Now that the majority of people who are going to get vaccinated have received their shots, the belief seems to be that the stock prices of vaccine makers like Johnson & Johnson (NYSE: JNJ) and Moderna (NASDAQ: MRNA) have run their course, at least in the short term.

Investors are now turning their attention to other drugmakers, including Atea Pharmaceuticals (NASDAQ: AVIR), Merck & Co. (NYSE: MRK) and Pfizer (NYSE: PFE). These are some of the largest and most well-respected drug makers in the world.  Each of them is pursuing a treatment for COVID-19 in different ways. 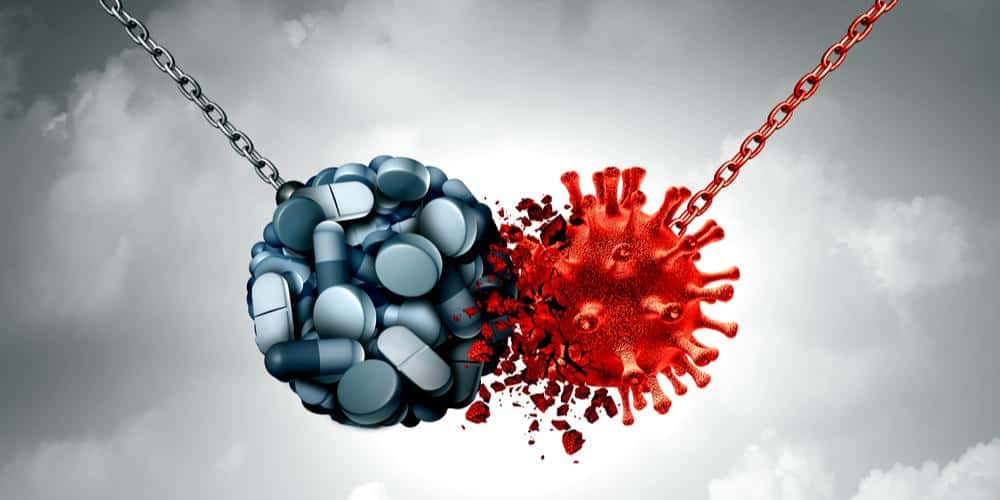 Atea Pharma (NASDAQ: AVIR) has perhaps the most ambitious plan for COVID-19 treatments among those companies mentioned. The company is partnering with Swiss healthcare giant Roche (SWX: ROG) (OTCQX: RHHBY) to develop an orally administered medication that will treat not only COVID-19 symptoms but also provide increased protection from the virus for those who have not been infected.

The drug is currently known as AT-527 and comes in the form of a pill. It is currently undergoing human trials, which unfortunately produced some disappointing news recently. The latest human trial showed no significant reduction in the viral load of COVID-19 patients.  The company claims that the results may have been skewed because fully vaccinated people were included in the trial. Atea Chief Development Officer Janet Hammond commented:

“Having a healthier and partially vaccinated patient population with largely mild disease has important implications in determining the viral kinetics and may have made it more difficult to evaluate viral efficacy.”

There are further trials scheduled, and the company plans on removing vaccinated people from them in the future. Results from the next batch of trials have been delayed into the second half of 2022 due to these changes. Shares in the company plunged after the negative news, so investors with a healthy risk appetite might capitalize on the weakness in the hopes of more successful results next year.

The current leader in bringing a mass-market oral medication for COVID-19 is most likely Merck (NYSE: MRK). The company is partnering with Ridgeback Biotherapeutics to test their antiviral drug Molnupiravir (named for Norse god Thor’s hammer Mjölnir) on COVID-19 patients. Molnupiravir has been in development since 2014, with an initial target of influenza. Fortunately, the antiviral has proven adept at eradicating the COVID-19 virus as well.

In September of last year, Merck began running human trials on the effects of molnupiravir on COVID-19 patients. Earlier this month, the company announced results that could mean a breakthrough for those suffering from the illness. During a year-long study, they found that Molnupiravir reduced hospitalization and death in high-risk patients by as much as 50%. This is far and away the most successful results from a pill-based medication to date.

In June of this year, Merck signed an agreement with the U.S. government to supply the country with $1.2 billion worth of Molnupiravir, should clinical trials prove successful and the FDA grants the drug emergency use authorization.

With promising results in hand, Merck submitted their application to the FDA in mid-October; a decision is expected by November 30th. While the stock is up nearly 10% in the month since the trial results became public, there is likely much more room for it to run, should the FDA rule as expected.

Pfizer (NYSE: PFE) is one of the few companies to roll out a successful COVID-19 on a mass scale ($33 billion in sales thus far), and they’re looking to do the same thing with two different treatments for those who have already been exposed to the virus. One of the treatments is an orally administered pill, while the other is an intravenous injection.

The pill, known as PF-07321332, is meant to be taken in combination with another drug, ritonavir, and is intended to protect those exposed to the virus from becoming infected. The drug has shown promise and is currently undergoing Phase 3 clinical trials, which will conclude in December.

The drug is a bit behind Merck’s in terms of development, but it intends to prevent infection rather than treat those already infected, so it will still have a niche of its own. Should the trials prove to be as successful as expected, sales of PF-07321332 should provide a cushion to what is expected to be a steep falloff in vaccine sales in the future.

While the various COVID-19 vaccines have yet to reach every person on Earth, many people have now gotten their complete shot regimen; other means of staving off the pandemic are needed. If vaccines are the present, COVID-19 pills are the future, and the race is on. As the clinical studies begin to come in and the FDA issues authorization, investors should have all the info they’ll need to make their bets.