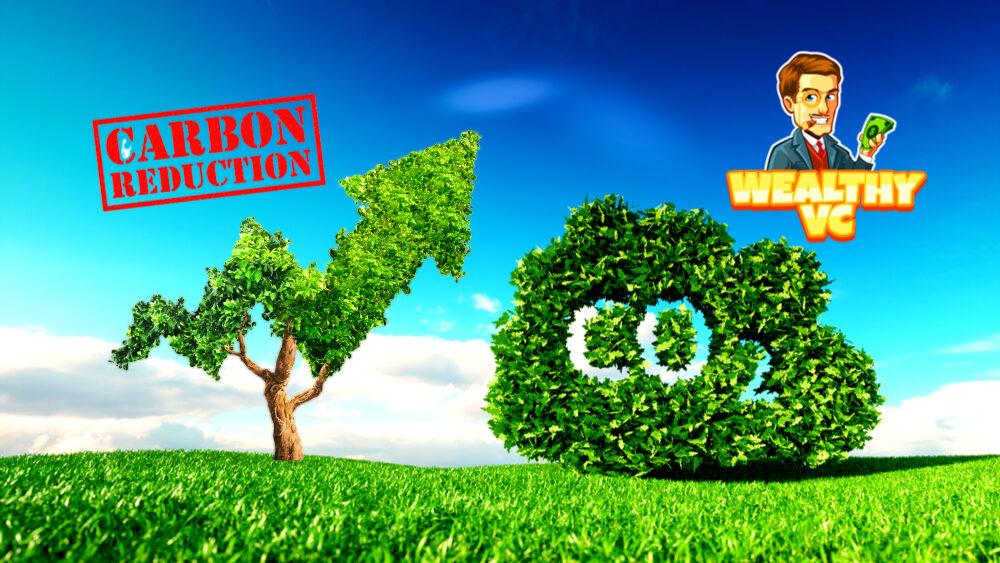 After the recent climate summit in Glasgow, Scotland, world governments have renewed commitment to reduce CO2 emissions in their countries. In addition to building out clean energy like solar panels and windmills, there’s also a push to retrofit existing high-emission infrastructure.

Below are three of the top stocks incorporating carbon reduction strategies into their business plans.

The other companies on this list are primarily geared toward new energy infrastructure and increasing energy efficiencies. Not so with Delta CleanTech (CSE: DELT) (OTC: DCTIF) (FRA: 66C). Delta is perhaps the only publicly-traded company that’s focused on retrofitting existing energy production facilities with carbon capture systems, which reduces our collective CO2 emissions without the need for costly new construction.

Delta is a two-decade veteran of the carbon capture industry. The company’s primary business is capturing and purifying industrial emissions, including CO2. Delta holds a patent for an industry-leading carbon capture system, the LCDesign, that reduces emissions and produces purified CO2 that can be sold to manufacturing companies.

In addition to its CO2 capture pursuits, Delta has a division called Delta Purification that captures and recycles industrial glycols and solvents. Typically, industrial companies pay to dump this waste in underground disposal wells, which damage local ecosystems.

Delta Purification provides these companies with a system that can recycle that waste and produce usable products. This means that companies can reduce their material costs while avoiding the often steep fees to dump the waste in approved wells.

Anticipating the push to retrofit, the company has set up regional sales officers in major countries worldwide, including China, the U.S. and the Middle East. As carbon capture retrofits ramp up, this early investment should start to bear fruit.

A three-decade veteran of the oil industry, Houston-based Viking Group (OTCQB: VKIN) has likely realized that they need a new business plan to stay relevant in a world that is moving away from fossil fuels, which would explain its recent agreement with ESG Clean Energy to license ESG’s patented emission-free electricity-generating technology.

The licensing deal allows Viking exclusive use of ESG’s intellectual property throughout Canada and non-exclusive service in certain U.S. states. Viking intends to use the license to build out power generating stations that are CO2-free, experience no loss of efficiency from the carbon capture process and produce precious commodities as byproducts.

Viking believes its systems can be used to power various operations, including data centers, cryptocurrency farms and microgrids. With both the American and Canadian governments giving generous grants to clean energy projects, look for Viking to get their CO2-free operations off the ground sooner rather than later.

Increasing energy efficiency doesn’t change how much pollution is produced when the energy is made, but it can reduce the amount of energy we need, which will drive down pollution. Brookfield Renewable Partners recently signed a deal with Trane Technologies (NYSE: TT) to offer decarbonization-as-a-service. The agreement primarily revolves around energy-efficiency retrofits.

The other part of the agreement involves building out captive clean energy projects across the country. This involves large-scale energy users like manufacturers and business parks having an onsite clean-energy production facility. The company thinks that this two-pronged approach to reducing our carbon output should help both the environment and its shareholders.

There are billions of dollars worth of legacy energy production facilities worldwide that are pumping out eye-watering amounts of CO2. The need to stop this pollution is obvious and becoming more urgent. Several companies are looking to address this issue with unique technologies and business plans. The three CleanTech companies presented here will likely play huge roles. However, in particular, Delta CleanTech likely stands to experience the most growth as major economies like the U.S. and China begin to retrofit their CO2-intensive energy infrastructure.

Delta CleanTech Inc. is a paid client of Wealthy VC.