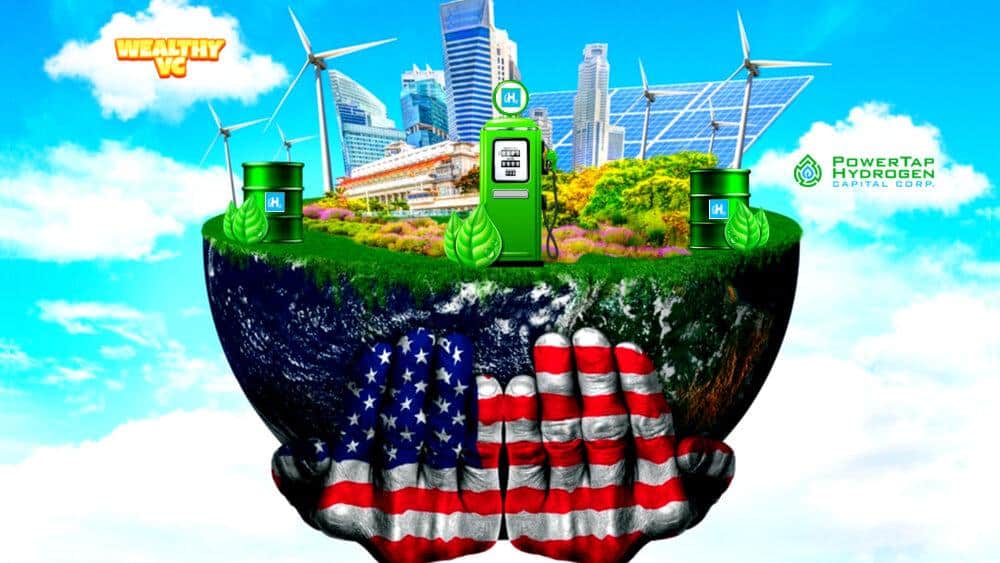 In the United States, a $1.2 trillion infrastructure bill is due to become law soon and is being advertised by some as a once-in-a-generation piece of legislation.

The Infrastructure Investment and Jobs Act will allocate a significant amount of funding to repair and upgrade the nation’s roadways, bridges and other important infrastructure, with CleanTech leaders such as PowerTap Hydrogen (NEO: MOVE) (OTC: MOTNF) (FRA: 2K6A) posied to benefit substantially from the new legislation.

The bill also includes significant funding to develop clean energy sources, including upgrades to the electric grid and subsidies for alternative fuel vehicles, such as electric vehicles and hydrogen fuel cell-powered cars, and the infrastructure needed to support these vehicles.

The Build Back Better Plan

Much like the Infrastructure Investment and Jobs Act, combatting man-man climate change is central to the Build Back Better Plan, President Biden’s signature social policy bill.  The White House website describes the focus on clean energy,

The Build Back Better framework is the most extensive effort to combat the climate crisis in American history. The framework will start cutting climate pollution now and deliver well over one gigaton, or a billion metric tons, of greenhouse gas emissions reductions in 2030 – at least ten times larger than any legislation Congress has ever passed. The framework’s $555 billion investment represents the largest single investment in our clean energy economy in history across buildings, transportation, industry, electricity, agriculture, and climate-smart practices across lands and waters.

Like the infrastructure bill, the social bill will provide generous subsidies to companies operating in the hydrogen fuel industry. The plan would offer tax rebates to consumers who purchase hydrogen vehicles and grants to those building hydrogen infrastructures.

In addition to the groundbreaking pieces of federal legislation, many individual states provide additional assistance for clean energy initiatives.  The state of California, for instance, has generous, clean energy subsidies available under the California Air Resource Board and provides Low Carbon Fuel Standard (LCFS) credits to companies that build out hydrogen fueling stations.  These companies can then sell these LCFS credits to those that require them to offset their high-emission operations/products, generating revenue to fuel their expansion efforts.

One Canadian company, PowerTap Hydrogen (NEO: MOVE) (OTC: MOTNF) (FRA: 2K6A), is planning on taking advantage of both the federal and California programs to begin the build-out of their hydrogen fuel station network. 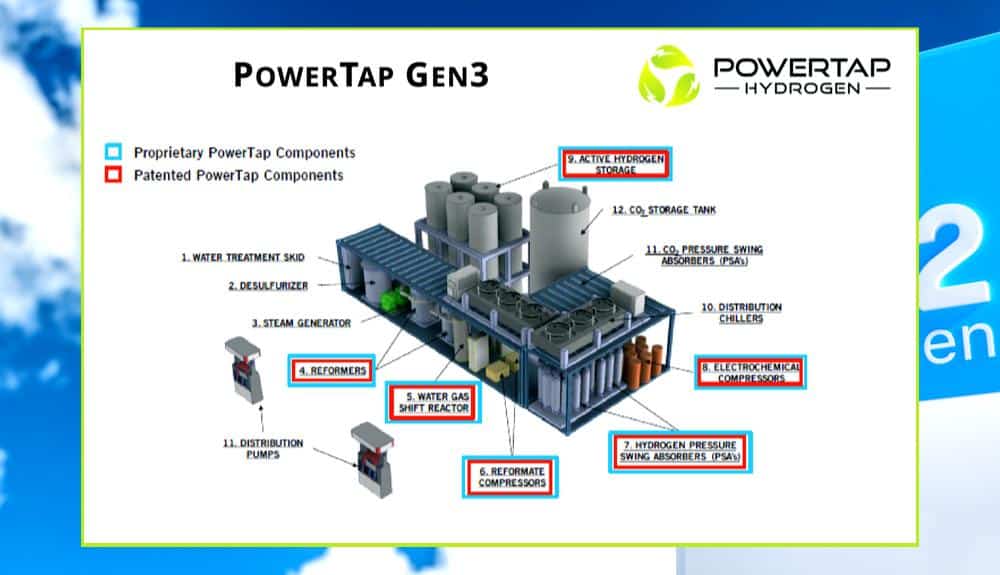 While most competitors produce their liquid hydrogen at centralized locations and transport it to where it’s needed, the PowerTap Gen3 eliminates the high costs of transportation by producing it onsite. The system only needs to be supplied with natural gas, water and electricity and is emission-free.  The relatively compact nature of the PowerTap Gen3 allows it to be installed at a wide variety of gas stations, truck stops and industrial operations.

PowerTap’s management decided to focus on those locales friendly to hydrogen fuel to fund their growth via government subsidies instead of shareholder dilution or expensive loans. Ultimately, they settled on starting in California, where it’s estimated that upwards of 70% of the cost to install one of their refueling stations can be covered by California’s CARB and its LCFS credit system.

PowerTap found a world-class partner for their plan in the Andretti Group.  Headed by Michael Andretti, son of racing legend Mario Andretti, the Andretti Group owns a network of gas stations and fuel logistic operations throughout California, Oregon and Washington.

The two companies have a revenue share agreement, where the Andretti Group will provide space at their gas stations in exchange for a portion of sales. Not having to purchase its own real estate will drastically bring down the upfront capital costs of PoweTap’s operations, which allows that cash to be spent on further (and faster) expansion.

With most of their capital costs covered by government subsidies and most of the rest covered by their partnership with the Andretti Group, all that’s left now is for PowerTap to execute on their ambitious goal of becoming the top hydrogen refueling company in the United States.

The future of transportation will be free of fossil fuels, and the U.S. government is finally taking serious steps to ensure this happens relatively soon. Their support of the nascent hydrogen fuel industry will prove instrumental in getting the industry off the ground. PowerTap Hydrogen has the product and business plan to perfectly take advantage of this support. Look for them to start drawing more attention, both on the stock market and at the pump.