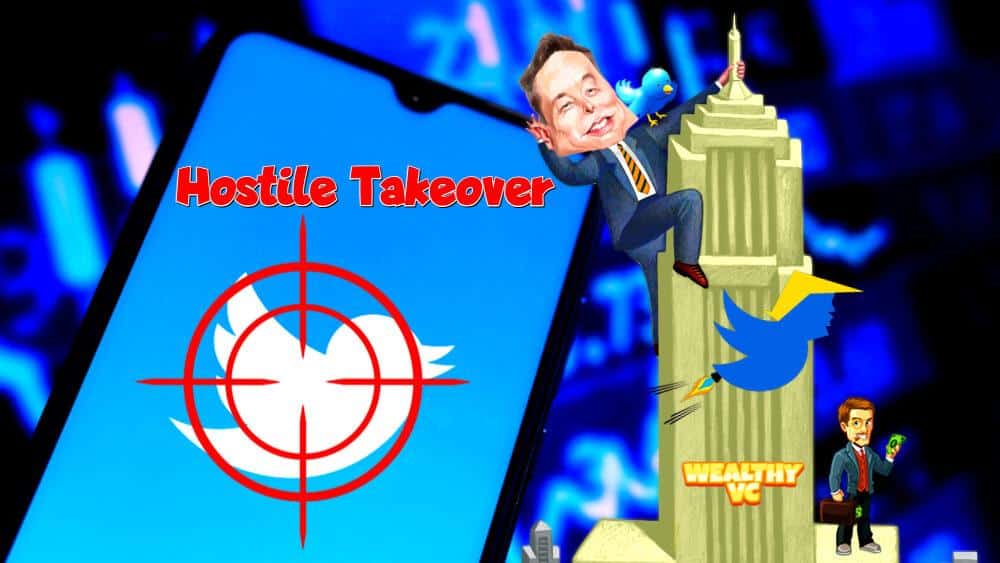 The World’s Richest Man, Elon Musk, Has Spent the Last Few Months Building a Large Stake in Twitter, and After Recently Declining the Big Tech Giant’s Board Seat Offer, Musk Has Officially Launched a Hostile Takeover Bid For More Than $43 Billion

When his stake became public in early April, he had invested roughly $3 billion to acquire 73.5 million shares of Twitter (NYSE: TWTR), good for approximately 9% of the company. This made Elon Musk the company’s largest shareholder and resulted in an invitation to join Twitter’s Board of Directors, which he accepted.

However, Musk never actually joined the Board of Directors, as he backtracked on taking the position just days after accepting. Despite Musk’s 9% stake making him the single largest shareholder, it did not give him the amount of control he needed to make the “significant improvements” that he has been seeking, which likely led to conflict with other board members.

Most of Musk’s issues with Twitter in its current state appear to revolve around his belief that Twitter’s censorship policies are harmful to free speech. From tweets being removed or tagged with warnings to prominent political figures being banned from the platform, Musk believes Twitter is having a negative influence on the democratic process.

Taking Twitter private at $54.20 should be up to shareholders, not the board

Determined to see the changes (an edit button and a pay-to-play verification system, among others) he desires implemented, Musk opted to take the most extreme measure possible: a hostile takeover. On April 14th, Musk announced that he had made an offer of $43 billion to take Twitter private.  The offer price of $54.20 per share is 38% above where shares were trading before Musk’s investment became public knowledge and 54% above where shares traded when he began building his stake in late January.

Musk wrote Twitter’s board a letter as part of his takeover attempt, telling them that Twitter “…will neither thrive nor serve its societal imperative in its current form. Twitter needs to be transformed as a private company.”

There is a good chance that Musk’s offer will be accepted, as the premium is substantial, and the Board of Directors is obligated to act in the best interest of shareholders. Whether free speech and democracy will be better served by having Twitter controlled by a single person remains to be seen, but one thing you can be sure of is that tweets are about to be a lot less constrained.