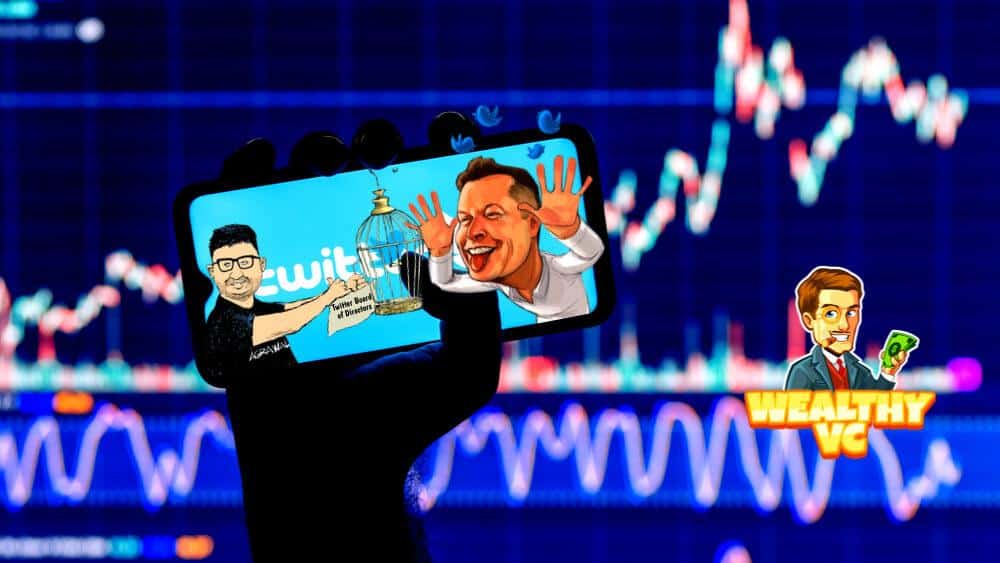 Shares of TWTR Stock Surged as Much as 27% the Day the News Broke, Marking the Stock’s Largest Intraday Increase Since its 2013 IPO

Elon Musk, CEO of Tesla (NASDAQ: TSLA), purchased 73.5 million shares of Twitter (NYSE: TWTR) for about $3 billion, giving him a 9.2% equity stake in the big tech giant. Twitter investors seem thrilled about Musk’s investment, as the stock rallied 27% on the day of the announcement.

After his investment became public knowledge, Musk was offered a seat on Twitter’s Board of Directors, but in the days following has since declined the offer.

“I’m excited to share that we’re appointing @elonmusk to our board! Through conversations with Elon in recent weeks, it became clear to us that he would bring great value to our board.”

In reply to Agrawal, Musk tweeted:

“Looking forward to working with Parag & Twitter board to make significant improvements to Twitter in coming months.”

Looking forward to working with Parag & Twitter board to make significant improvements to Twitter in coming months!

Musk put out a Twitter poll in late March asking users whether Twitter supported free speech. After over 70% of respondents answered: “No,” Musk got the answer he seemed to be looking for; expect the “significant changes” mentioned in his tweet to relate to reducing perceived biases and censorship on the platform.

Free speech is essential to a functioning democracy.

Do you believe Twitter rigorously adheres to this principle?

One idea floated by Musk in the past is to give users the ability to curate their Twitter feed rather than rely on the algorithm currently used by Twitter to determine what content they see. Such an “open source” algorithm is likely to be one of Musk’s first priorities; this circles back to Musk’s belief that Twitter limits free speech. In this case, the perception is that Twitter’s algorithm steers users away from specific tweets for political reasons.

Furthering his quest to bolster free speech on Twitter, Musk tweeted asking whether Twitter should implement an edit button for past tweets. Most respondents seem to be answering “Yes,” again giving Musk the response he was likely seeking. An edit button would allow those who have put out problematic tweets to make edits rather than have the tweets removed by the company or, worst case, have their account banned.

What’s next for both Musk and Twitter remains unclear, but the $3 billion Musk paid is a drop in the bucket for him, given his estimated $267 billion net worth. He is seeking significant changes to the company, and if his 9% stake is not enough to make the changes he wants, it’s not inconceivable for him to increase his stake or even buy the company outright.