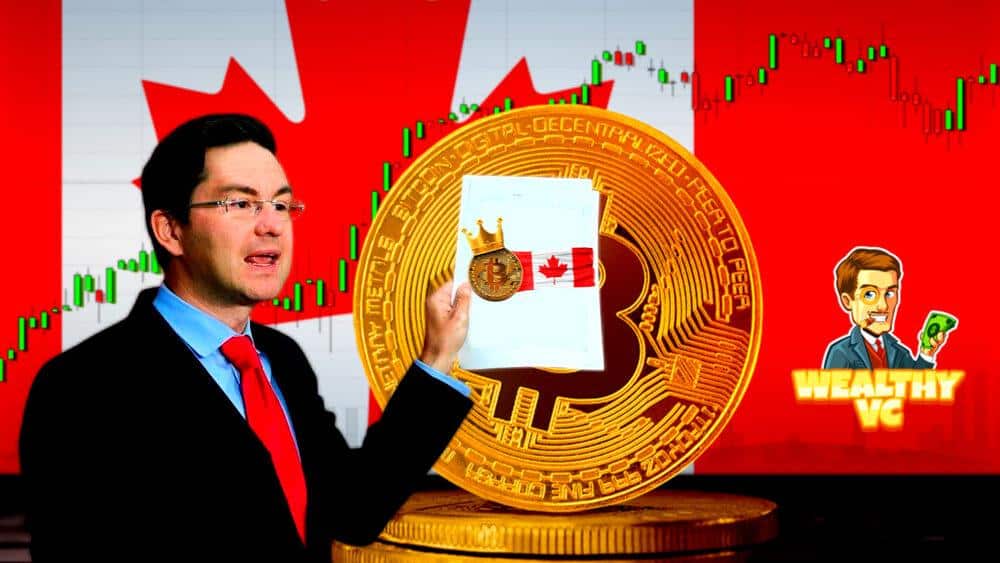 The Decentralized, Unregulated Cryptocurrency Industry is Very Popular Among Conservatives, Thanks to the Belief That it Increases Their “Freedom”;  Freedom From Regulators, Freedom From Bankers and Freedom From Accountability Are Significant Draws Among Certain Segments of the Population

It should come as no surprise then that Pierre Poilievre, the aspiring leader of the Canadian Conservative party, who hopes to become Canada’s next Prime Minister, is a big fan of cryptocurrency.

At a recent campaign speech in London, Ontario, Poilievre announced his intention to make it easier for Canadians to use cryptocurrency as an actual currency instead of simply investing in it as “digital gold.” He wants to streamline the process of using cryptocurrency by establishing national regulations instead of the current patchwork of contradictory regulations between provinces.

In a press release following the speech, Poilievre stated:

“A Poilievre government would welcome this new, decentralized, bottom-up economy and allow people to take control of their money from bankers and politicians. It would expand choice and lower the costs of financial products, and create thousands of jobs for engineers, programmers, coders and other entrepreneurs.”

Much of the support for cryptocurrency appears to be a direct result of Poilievre and other Conservatives being fierce critics of Canada’s central bank, the Bank of Canada, and its monetary policies during the pandemic. Poilievre accused the Bank of Canada of creating “$400 billion in cash out of thin air” and contributing to sky-high inflation rates and the devaluation of the Canadian dollar.

Let people take back control of their money from bankers & politicians.

Get your membership. So you can vote for me as leader. To make Canada the blockchain capital of the world: https://t.co/d9I1ky9w2t pic.twitter.com/qQrJct9gKK

Also Read: Are Bitcoin and Gold Hedges Against the March of War?

However, as noted by Genevieve Tellier, a professor at the University of Ottawa who specializes in public monetary policy, Poilievre’s plan would have little effect on the Bank of Canada itself.

Speaking on the matter, Tellier commented:

“He’s not revolutionizing anything. He’s not abolishing the Bank of Canada. So there’s a difference between the message and his strong rhetoric against the establishment and what we read with the fine print. He understands that cryptocurrency will not necessarily replace the Canadian dollar, contrary to what we understand when we read the headlines.”