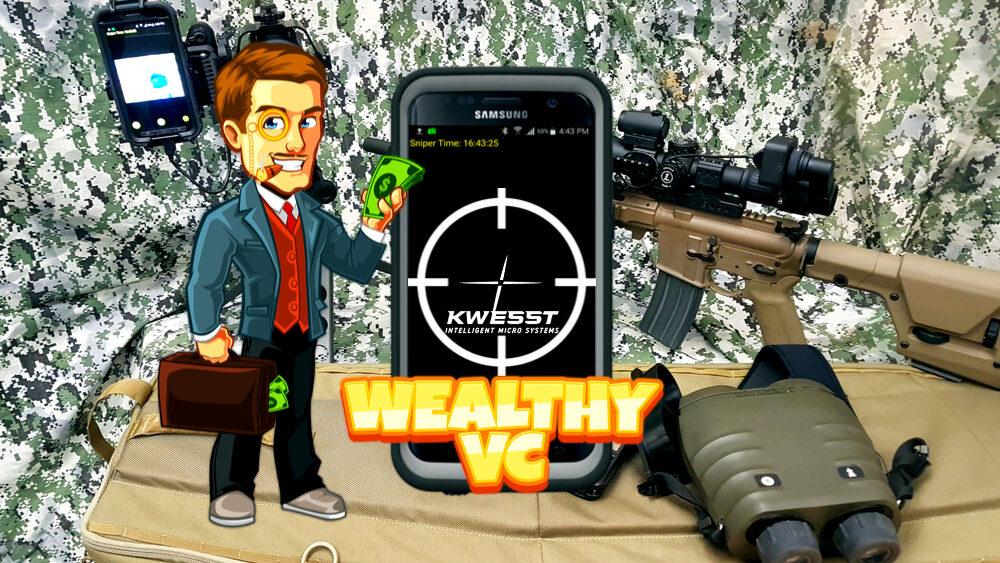 Non-state combatants, intruders, rioters, and other troublemakers are ever more clever these days, taking advantage of new technology to assault, confuse, frustrate, and maim police, soldiers, security forces, and homeowners. At the same time, those very targets are increasingly subject to scrutiny and even prosecution if they are perceived to be using excessive force as they repel attackers or angry crowds. With such compounding asymmetries, how can those who need force to fight force restore balance and their sense of security? KWESST Micro Systems (TSXV: KWE) (OTCQB: KWEMF), an Ottawa, Canada-based developer of high-value defense technology systems, has cemented a relationship with privately-held DEFSEC to add the proprietary non-lethal Low Energy Cartridge (LEC) system to its impressive existing line of cutting-edge technologies for both land and air-based deterrence.

The potential is enormous for products that can disrupt the existing market for non-lethal weapon systems. The need is spread across sectors as diverse as close-quarters combat training; riot control; personal use for self-defense; control of dangerous offenders, and commercial use like high-action simulated combat gaming. Axon (NASDAQ: AXON) (FRA: TCS), the maker of the Taser line of electroshock weapons, had a market cap of USD $10.47 billion as of early March 2021, while KWESST has a market cap of USD $56.8 million. Market research firm ReportLinker forecasts more than 6.8% CAGR growth from 2020-2027, fed in large part by U.S. Defense Department spending on non-lethal systems.  The U.S. non-lethal market size was estimated at $2.2 billion in 2020, making up approximately 30% of the global market.

Current offerings miss the mark in many ways: awkward user experience with strange feeling devices, non-lethal ammo that does in fact kill or meme, inconsistent function, and lots of excitement in the gaming environment when the game weapons lack the right pop. KWESST already has the TASCSTM (Tactical and Situational Control System) which beams info about targets to smart devices and soldier weapons, and Ground Laser Defense to counter weaponized high-intensity laser beams, as well as a Phantom electronic battlefield decoy system to throw enemy electronic sensors off the path of friendly forces and their signals. KWESST is also commercializing GreyGhost (formerly DroneBullet) anti-drone technology.

Anyone who remembers the early years of the U.S.-led wars in Iraq and Afghanistan remembers the shock and terror caused by the number one terrorist innovation of the early 2000s. To prove that their evil ingenuity did not stop with flying planes into buildings, the Taliban, Al-Qaeda, ISIS and other non-state actors attacked coalition forces, civilians, and others with crude but powerful improvised explosive devices (IEDs), or roadside bombs. The goal of IEDs was to sow chaos, and the effect was to severely hamper efforts to win territory as well as the confidence of the local populations.

These days, commercially available flying drones take even less effort than IEDs to threaten world leaders, and military forces, as well as regular citizens. Drones are readily available for the same price as a basic computer. A drone strapped with an IED is enough to cause mass casualties and unlike traditional plane-based airpower, low-flying drone nearing targets can’t be eliminated with surface-to-air missiles. Signal jamming is one option, but it only works against GPS or radio-controlled drones. What to do?

The GreyGhost drone missile system knocks out drones with a high-speed kinetic impact that can be described as a flying battering ram guided by precision optics to impact a target drone and bring it down. It can be carried by a soldier in the field and deployed by itself or with battlefield management systems like ATAK, Frontline, Edge, and Killswitch. Further restoring the balance of power to the defender against drone attack, the GreyGhost control station can operate three aerial units simultaneously.

Back down on the ground, the time is right for KWESST to make a move on the competition by acquiring the non-lethal Low Energy Cartridge (LEC) technology from DEFSEC Corporation, addressing multiple market segments in need of advanced solutions that preclude excessive use of force during direct engagement by officers and troops. For a quick rundown of the shortcomings of specific market leaders, consider the following: tasers cost $1,500 per unit, have killed more than 1,000 people (who became victims in the eyes of the court even if they were originally assailants), can’t penetrate clothing, and are as quickly spent for a single-use as a bumblebee’s stinger. Beanbag cartridges can be confused with shotgun shells, and larger, “dull” ammo like 37mm and 40mm shells can still kill and are hard to shoot accurately without extensive training. Rubber bullets sound less harmful than live ammunition, but they are in fact very deadly and are associated in the mass media and public consciousness with security forces in restive developing countries that shoot randomly into crowds.

To take the LEC platform forward, KWESST will trust Jeff MacLeod and David Luxton. MacLeod served as GM of Colt Canada and thus handled the manufacture and supply of the bulk of small arms sold to the Canadian military. Luxton sold his non-lethal ammunition company Simunition Inc., founded in 1990, to a large military contractor, and he has experience in the less-lethal munitions segment with United Tactical Systems where he served as Executive Chairman.

CO2-based systems come up short, puffing out inaccurate round balls that can be thrown off by wind and temperature, and their very propulsion is put at risk by factors out of the user’s control, such as cold weather that can freeze CO2 cartridges. Think of what that means in a place or situation like the disastrous and unplanned-for February 2021 storms in Texas. The unexpected wild winter scenario in the South caused supply shortages and a life-or-death search for warm shelter that is bound to create confrontations. Any failure of air seals such as o-rings in that weather would render useless any air-powered system used to defend property and people amid the scarcity.

David Luxton has been working on non-lethal systems for over 30 years and is a renowned world expert in this field. The LEC system that KWESST is acquiring and developing for the market is the most advanced technology developed by Mr. Luxton.

Anything that helps security forces preserve control and prevent liability has promise in today’s world of increasing instability and rapid technological change. With LEC and its remarkable range of other solutions, KWESST can help keep millions of people armed with effective, non-lethal options.

Trending: A Global MMJ Pharma Leader and the Smart Money Heavyweight Betting on Them

KWESST Micro Systems is a paid client of Wealthy VC. Wealthy VC does not hold a position in KWE.