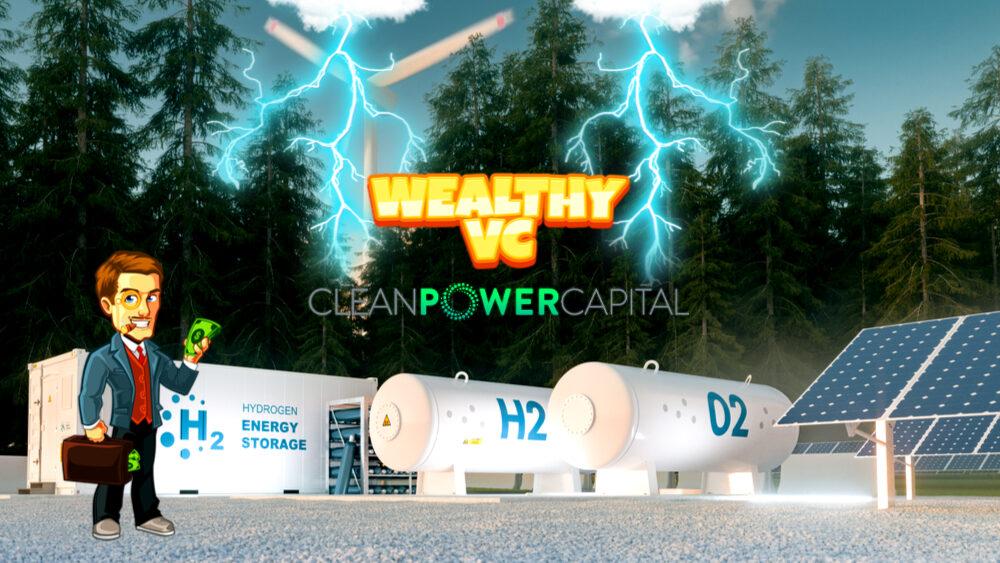 While it’s not quite the Green New Deal that was hyped by the more radical voices among progressives, Joe Biden’s multi-trillion dollar infrastructure proposal will still include initiatives designed to encourage the use of green energy technology in our homes, businesses and personal vehicles. Included in the President’s plan is the expansion of clean energy tax credits and funding to help build out the infrastructure needed to refuel clean energy vehicles.

While solar and wind get most of the fanfare, there are competing clean technologies out there and they’re eligible for many of the same programs. The four companies listed below are expected to benefit greatly from the funding being provided by Joe Biden’s plan.  Their futures (and that of their shareholders) are as green as the energy they’re looking to produce.

One of the most promising technologies being advanced over the last few years is hydrogen fuel.  Due to its unique ability to combine the energy density of gasoline with the zero-emissions of an electric motor, hydrogen has the potential to become the fuel of tomorrow.  President Biden’s plan offers generous subsidies for building out hydrogen fuel infrastructure, so any company operating in the space can expect to receive substantial support from the federal government.

Fuel Cell Energy (NASDAQ: FCEL) (FRA: FEY2) has plans to use hydrogen fuel technology to power both vehicles and buildings. They offer products that are built to fit for utilities and other companies; an office complex or resort could install a Fuel Cell hydrogen power plant to meet their energy needs in a green way. On a larger scale, Fuel Cell plans to partner with local electric companies to support and/or replace their fossil fuel burning power plants with hydrogen power. The company also has a plan to partner with local water treatment facilities to use their onsite byproducts to generate hydrogen fuel for distribution to gas stations.

PowerTap Hydrogen, a majority-owned subsidiary of Clean Power Capital (NEO: MOVE) (OTC: MOTNF) (FRA: 2K6A), is another contender in the hydrogen fuel space.  Their ambitions are more focused than Fuel Cell Energy, with their primary focus being installing hydrogen fuel production and refuelling stations.  The stations produce hydrogen fuel onsite at gas stations and store it until it is pumped into hydrogen-powered cars.  PowerTap has government subsidies built into their business plan; up to 75% of the costs to build out their network of refuelling stations are expected to be paid for by California’s clean energy grants.

The largest player in the hydrogen market is Power Plug (NASDAQ: PLUG) (FRA: PLUN).  Much larger and more progressed in their business plan, Power Plug is serving as a proof of concept for the hydrogen power industry.  With projected 2024 revenues of $1.2 billion, Power Plug is showing the world just what hydrogen can do when deployed on a large scale.

One of the least-heralded naturally occurring, renewable energy sources is Earth itself.  Specifically, the heat that is generated in Earth’s core and then released at the surface via volcanos, hot springs, etc.  Companies have found ways to harness this so-called geothermal energy to generate electricity.  By far the largest player in the geothermal energy space is Ormat Technologies (NYSE: ORA) (FRA: HNM).  The company designs, builds and operates self-owned geothermal power plants with attached energy storage, while also providing equipment and engineering expertise to other geothermal energy companies.

While it operates in six countries on four different continents around the world, Ormat Technologies does about two-thirds of its business in the U.S.  With about 1,000 megawatts of current capacity, the company is expected to more than double to over 2,000 megawatts by the end of 2023.  This huge growth expectation is in large part due to the funding that President Biden’s plan will provide.

Much like today, the future of energy will most likely involve a number of energy sources.  Two of those energy sources are liquid hydrogen energy and geothermal energy.  Companies working with these technologies stand to benefit greatly as the demand for green energy continues to grow.  They also stand to get a jumpstart on their plans thanks to the generous subsidies being offered by Biden’s infrastructure plan.