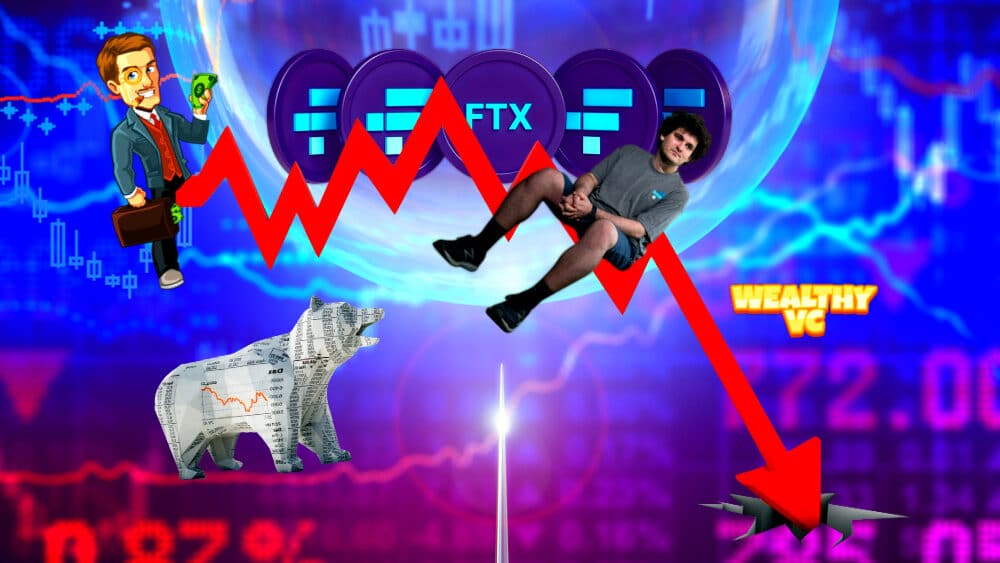 Once Upon a Time, Proponents of Bitcoin and Other Cryptocurrencies Were Quite Ardent With Their Claims That Crypto Would Act as “Digital Gold” and Provide a Measure of Protection Against Economic Downturns in a Similar Way as the Yellow Precious Metal

Unfortunately for the crypto zealots, 2022 has proven them wrong. Very wrong, in fact, and the recent collapse of the FTX crypto exchange will likely only exacerbate the cryptocurrency industry’s woes.

The drop in Bitcoin (BTC), the bellwether of the cryptocurrency industry, actually began in 2021, months before the overall market took a turn for the worse at the turn of the year. After reaching an all-time high of over $64,000 in November, Bitcoin fell off a cliff, losing 23% in the month following its peak and has continued to fall over the last year. Today, Bitcoin is down nearly 75% from its peak, while the S&P 500 is down 16.8% since the start of the year.

The exact reasons for the drastic decline in Bitcoin (and the overall fall of the cryptocurrency industry that followed in its wake) are unclear. Still, numerous arguments have been against BTC (all cryptocurrencies, really) over the years. From the extreme amount of energy needed to mine bitcoin, and the resulting effects on the environment, to the lack of use as an actual currency that one can use to buy goods and services, there are several reasons why everyday people are steering clear.

Despite proponents touting how secure cryptocurrency is due to the blockchain it rests on, there has been a near-constant stream of scams, hacks and thefts taking place in the industry. While an offline “wallet” is indeed one of the most secure ways to hold data, the technical know-how (and hassle) to create and use a so-called “cold wallet” is simply too much for most people. Not to mention the danger of losing your cryptocurrency by misplacing your wallet or forgetting passwords.

Unfortunately for cryptocurrency exchange investors, they were investing in companies that were often not regulated, had poor security measures and were run by less than reputable owners. This means that investors have little to no recourse to get their money back when the exchange is inevitably hacked or the exchange owners steal deposited funds themselves.

The most recent incineration of crypto investor capital was the collapse of the popular cryptocurrency exchange FTX. Due to endorsement deals with some of the most popular athletes in the country, FTX became one of the world’s most recognized and trusted crypto exchanges in the world. From Tom Brady, Steph Curry and Shaquille O’Neal doing endorsement commercials to acquiring naming rights to the Miami Heat’s arena and even becoming the official cryptocurrency exchange of Major League Baseball, FTX had become ubiquitous to American sports fans.

The exchange also garnered investments from some of the most well-known investment firms, including Sequoia Capital (MUTF: SEQUX) and BlackRock (NYSE: BLK), as well as celebrity investor Kevin O’Leary of Shark Tank fame. While some investors might scoff at athletes hawking investment advice, they are much more likely to listen to finance professionals.

This amount of attention and endorsement made it all the more shocking when FTX declared bankruptcy recently. The announcement follows a whirlwind of revelations over the last few weeks. Knowing their company was going under mainly due to the misappropriation of funds by former CEO Sam Bankman-Fried, management tried to sell itself to larger competitor Binance, but Binance backed out of the deal once they got a look at FTX’s operations, including the severe liquidity shortfall that led FTX to try and sell itself in the first place.

Unable to satisfy withdrawal requests, FTX had no choice but to file bankruptcy. Now, Bankman-Fried is being investigated in multiple countries for securities violations related to his misappropriation of deposited funds. Meanwhile, the investors in FTX itself and exchange users are out billions of dollars.

What exactly happens next will largely depend on bankruptcy proceedings. St. Still, Bankman-Friedied has been tweeting that he will provide more details about what happened leading up to the collapse, potentially shedding light on his misappropriation of funds and other mistakes in running the exchange.

The FTX fiasco is not the first for the cryptocurrency industry, and will likely not be the last. Prospective cryptocurrency investors, especially those who choose to utilize a cryptocurrency exchange, need to understand that there are substantial risks outside of the normal risk associated with trading securities. Only those with the highest risk tolerance should consider entering the turbulent cryptocurrency market.

4 Health and Beauty Stocks to Consider For 2023

The Crocodile of Wall Street – How Hackers Stole $3.6 Billion in the Largest Heist in Crypto History (VIDEO)

Disclaimer: Wealthy VC does not hold a long or short position in any of the stocks or cryptocurrencies mentioned in this article.