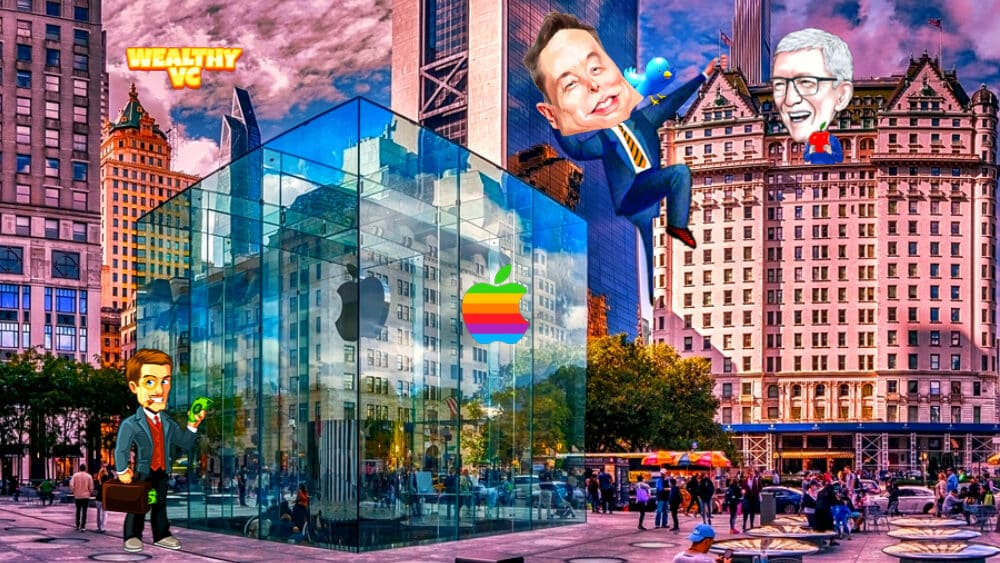 Prior to Being Taken Over By Elon Musk, Twitter Was Struggling, With the Company Spending Way Too Much on a Bloated Workforce

It courted criticism from all sides for how it handles content moderation, with some saying Twitter is not doing enough to quell hate speech and misinformation, while others believe that Twitter should essentially take a hands-off approach. The most pressing obstacle, the decreased ad spend by companies preparing for a possible recession, is putting significant pressure on revenues.

Elon Musk decided to handle these complex issues with the finesse of a bull in a china shop. Instead of carefully combing through Twitter’s workforce for positions to eliminate, Musk laid off thousands of employees only weeks after taking over, leading to entire teams being eliminated and the company having to hire back essential personnel that had been let go.

Rather than putting forward a content moderation policy that was fair to people of all political stripes, Musk has enacted a near-total removal of moderation on the platform. The rise in hate speech and return of previously banned accounts have alarmed both Twitter users and potential advertisers, who don’t want their product to appear next to tweets from neo-Nazis.

This removal of moderation has begun to cause companies to stop advertising on Twitter altogether, making Twitter’s curtailed ad revenue that much worse. Major advertisers like General Motors (NYSE: GM) and Eli Lilly (NYSE: LLY) have either significantly reduced or ended Twitter advertising entirely in response to Musk’s new direction for the company.

Most CEOs would attempt to court advertisers by addressing their concerns and doing whatever it takes to keep their business; Elon Musk is not like most CEOs. Musk has taken advertisers’ reduced Twitter spend as something of an affront and has responded by going on the attack.

Brazenly, he’s chosen to focus on the sixth largest advertiser in the world, Apple (NASDAQ: AAPL), which spent $3 billion on advertising in 2021. After claiming Apple had significantly reduced advertising spend on Twitter after he took over, Musk tweeted that Apple had threatened to remove Twitter from the App Store but did not tell Twitter why. He also took aim at Apple’s App Store fees, calling them a “secret tax.” Musk even posted a tweet asking if Apple hates free speech in America.

Apple has also threatened to withhold Twitter from its App Store, but won’t tell us why

Musk is making a very risky move by going after Apple in particular. Not only are they a significant advertiser, but they also act as something of a gatekeeper for Twitter. If Apple were to remove Twitter from the App Store, it would prevent iPhone users from downloading the app, which would be catastrophic for Twitter and pose a serious threat to the company’s future.

It appears that Musk has squashed his beef with Apple after reportedly meeting with CEO Tim Cook at the company’s headquarters.

According to Musk’s Twitter account, Cook took him on a tour of the corporate headquarters before the two sat down to iron out their differences.

Thanks @tim_cook for taking me around Apple’s beautiful HQ pic.twitter.com/xjo4g306gR

“Good conversation. Among other things, we resolved the misunderstanding about Twitter potentially being removed from the App Store. Tim was clear that Apple never considered doing so.”

Disclaimer: Wealthy VC does not hold a long or short position in any of the stocks mentioned in this article.