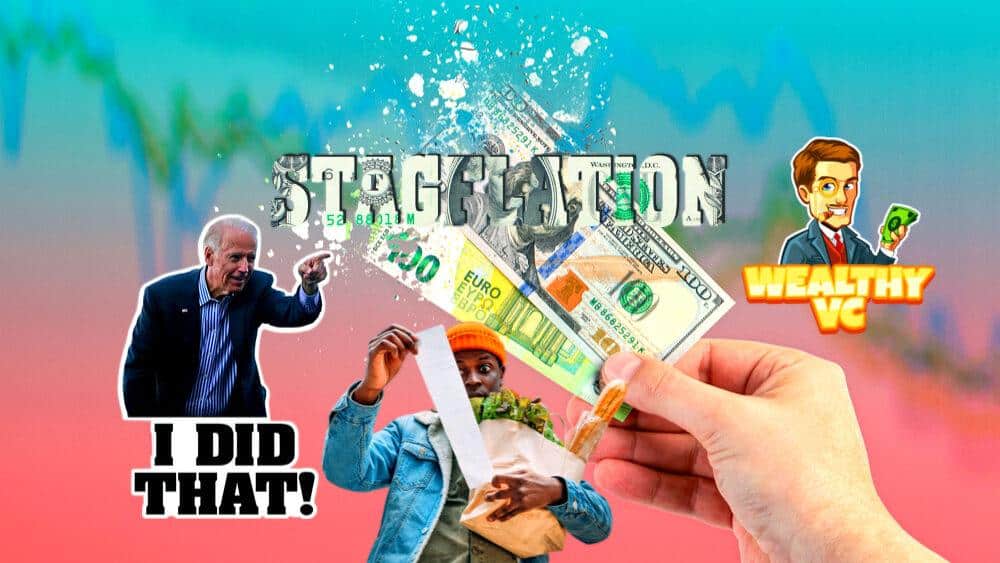 Between COVID-19 and the Ukraine War, the Global Economy Has Been Heavily Stressed Over the Last Few Months

The Prices for Most Consumer Staples, From Gas to Beef, Have Been Skyrocketing

The brunt of the price increases was lessened by an estimated 5.6% growth in wages. Still, inflation is rising faster than wages by around 50% should be very worrying to consumers and economists alike.  John Lynch, chief investment officer at Comerica Wealth Management, believes company conference calls will give observers a sense of how inflation impacts business.

“Two primary tailwinds for stocks these past few years, the Fed and low CPI, are now headwinds that will pressure margins and valuations.”

Many economists and analysts believe that runaway inflation could slow economic growth and rising unemployment rates, resulting in so-called “Stagflation.”  A portmanteau of stagnation and inflation, stagflation refers to a situation where the economy is essentially at a standstill.  Economic policies designed to combat inflation typically cause higher unemployment, while policies intended to reduce unemployment can increase inflation.  This Catch-22 usually results in stagflation that can last for years.

For the world to avoid the worst stagflation, the underlying causes of rising inflation need to be addressed.  Until the COVID-19 pandemic is well and truly over and Russian President Vladamir Putin ends his invasion of Ukraine, the world’s economy will be under threat.