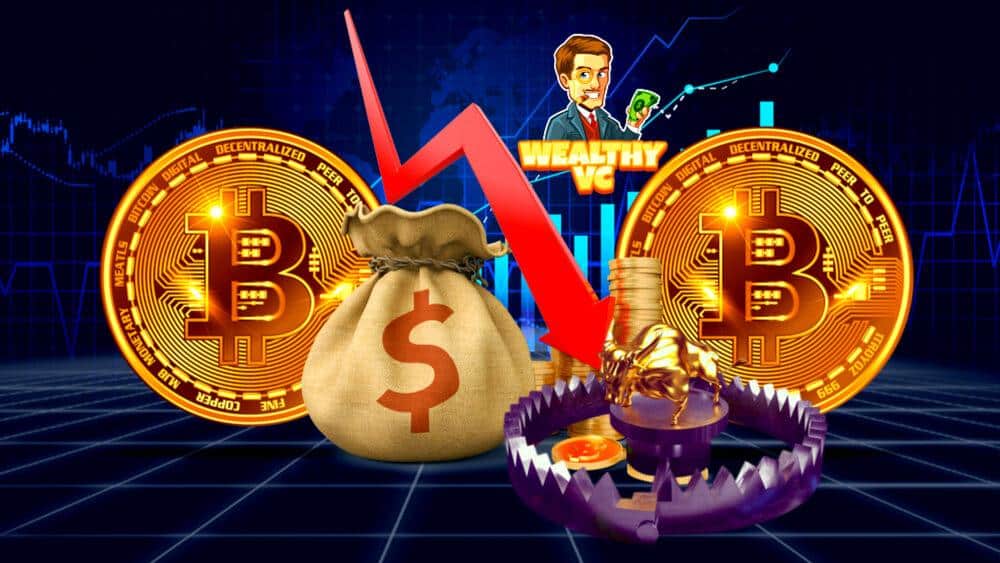 It’s Been an Up and Down Year For Bitcoin Investors

This Week’s Bitcoin Rally Brought Hope to BTC Bulls That the Bottom Might Finally Be In, But Those Hopes Were Quickly Dashed By What One Top Crypto Trader Called a “Bull Trap”

The price of Bitcoin (BTC) peaked in March 2021, got cut in half by June, rallied back to an all-time high in November and then entered its current extended downturn. While other upticks and downturns happened in days or weeks, the current slump has extended to over six months.

It seemed like Bitcoin would rally briefly earlier in the week as BTC rose 4.3% on Monday.

Some in the investment community did not believe the rally would survive, with Josh Olszewicz, head of research at Valkyrie Investments, stating:

“We believe this relief rally is a bull trap and that bitcoin may have a short-lived gain but is more than likely going to resume the downward trend we’ve seen for the past two months. Uncertainty in the global economy due to high inflation and the likelihood we are in a recession, paired with the prevalence of central bankers raising rates, is likely going to force all assets downward at least through the end of the summer.”

Also Read: Is Bitcoin Still a Good Hedge Against Inflation?

Olszewicz’s comments proved prescient, as Bitcoin immediately gave back its gains, had another short rally, and then fell again within a week. It’s still sitting above $30,000, but just barely. It will be interesting to see if the price continues to hover around this seeming support level after spending more than a month in that area.

While some investors believe Bitcoin can be a hedge against the downtrend, it doesn’t appear to be the case, at least not yet. It seems that more investors view Bitcoin as a more speculative asset, not necessarily something you hold during the bad times. Investors shouldn’t be surprised if the cryptocurrency continues to follow the broader market on its downturn.

How Crypto is Creeping Into the World of Pro Sports