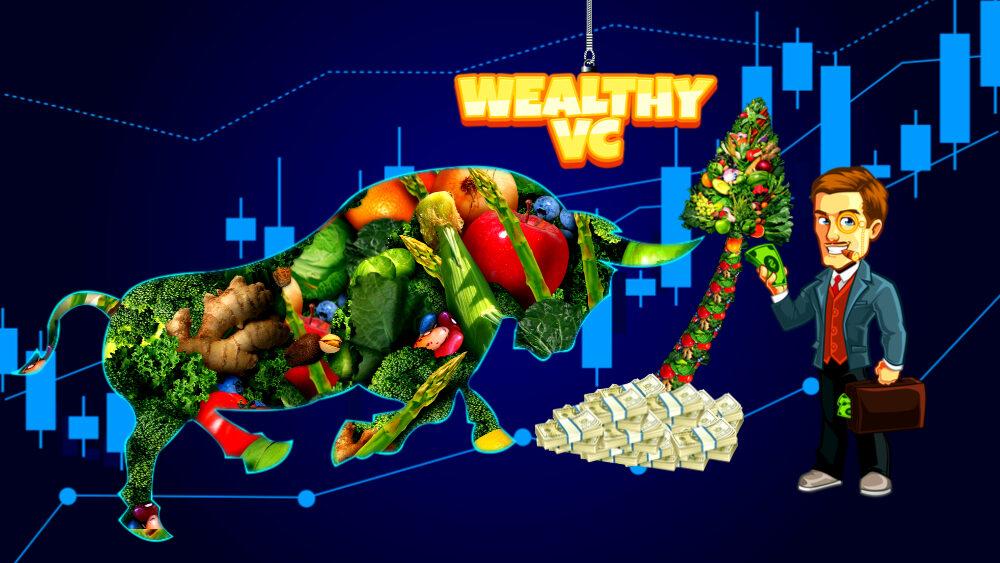 With 2022 Setting Up to Be Another Banner Year for the Vegan Food Industry, Let’s Take a Moment to Explore the Top Five Stocks in the Booming Plant-Based Food Sector Poised to Deliver Investors Outsized Gains in the Very Near Future

The future of food will most likely involve a whole lot more plants and a whole lot fewer animal products. The reasons for this inevitable change are myriad, including health, environmental and humanitarian concerns. The change is already well underway, with plant-based food companies growing in size and reach.

It appears highly likely that 2022 will be another banner year for the rapidly emerging industry. With that said, let’s explore five options for investors to capitalize on this accelerating growth.

Perhaps no plant-based food company presents a greater opportunity to investors than Eat Well Investment Group (CSE: EWG) (OTC: EWGFF) (FRA: 6BC0). The company only recently made its public debut, so it does not yet have the name recognition of some of these other companies. That should change soon, as Eat Well has aspirations of becoming the world’s leading plant-based protein company.

To achieve this lofty goal, Eat Well’s management has decided to adopt a vertically integrated business plan. The company plans to roll up multiple parts of the supply chain into a plant-based powerhouse that supplies the overall market with plant-based protein ingredients while also producing and distributing its line of plant-based protein CPG products.

While management intends to move up and down the supply chain, they are not going all the way to the bottom, which would be farming. Farming has traditionally been a low-margin and unattractive business for food companies, and Eat Well is taking this to heart.  Instead of sacrificing margins in the fields, their plan starts with processing. Specifically, processing pulse crops into the raw ingredients used to make plant-based protein foods.

Eat Well’s first target acquisition was one of the world’s leading processes of pulses, Belle Pulses. Situated in Canada’s agricultural heartland, Saskatchewan, Belle Pulses has customers worldwide, including Beyond Meat and Nestle (SWX: NESN) (OTC: NSRGY). To supply their CPG products while also supplying an ever-expanding overall market, Eat Well means to expand on Belle Pulses’ industry-leading processing facilities by adding capacity. Belle Pulses should give Eat Well a world-class foundation on which to build out their plant-based Empire.

To get their line of CPG products off the ground, Eat Well acquired Sapientia Technology. Sapientia is a food technology company that creates the processes and technologies needed to manufacture food products. The company is headed up by Dr. Eugenio Bortone, who holds a Ph.D. in Food Engineering and is a two-decade veteran of the food CPG industry.  During his time at FritoLay, he led the development of the Twisted Cheeto. Eat Well will utilize Sapientia’s expertise to develop its own ine of plant-based protein CPG products.

North America got its introduction to plant-based meat analogues when Beyond Meat (NASDAQ: BYND) introduced their Beyond Chicken Strips to Whole Foods in 2012. The product proved to be a huge hit, with the brand expanding nationally and into other grocery store chains.  Since then, the company has developed a range of meat analogues, including beef, pork, and sausage substitutes.

In addition to being available at your local grocery store, Beyond Meat’s products are one of the few CPG products breaking into restaurants. The company has partnerships to sell their products in many national fast-food chains, including Dunkin’ Donuts, McDonald’s (NYSE: MCD) and Yum Brands (NYSE: YUM) owned KFC, Pizza Hut and Taco Bell.

Dairy substitutes were some of the first plant-based substitutes to hit the market. While most consumers are familiar with almond milk and soy milk, there is another dairy substitute that is growing in popularity. Oatly (NASDAQ: OTLY) is a Swedish purveyor of a line of dairy substitutes based on oat milk, including chocolate, low-fat and barista-inspired versions of the original oat milk product. Oatly also offers a line of other dairy products, including ice cream and yogurt. These products can be found in many European and North American retail locations.

Oatly’s primary customers are coffee and tea drinkers. The company has become so popular among coffee and tea consumers that in March of this year, Oatly scored a partnership with the largest coffee company in the world: Starbucks (NASDAQ: SBUX). Customers nationwide can now substitute Oatly oat milk in their favorite Starbucks coffee or tea. With access to millions of frequent Starbucks customers, this type of exposure is a gamechanger for Oatly.  Expect to see the company build on this success with additional restaurant partnerships and increased distribution to North American retail outlets.

Health, wellness and performance are some of the primary motivators for switching to a plant-based diet. Laird Superfood (NYSE American: LSF) is a company that produces healthy, performance-enhancing, plant-based CPG products.  They offer a wide range of products across four primary verticals:

The company has found success with a multichannel approach to getting its products into consumers’ hands. While the company has distribution deals with large retail companies like Target (NYSE: TGT) and CVS Health Group (NYSE: CVS), it derives most of its revenues from its website. This speaks highly of the brand, showing that consumers are going out and specifically seeking out Laird Superfood’s products.

Most plant-based CPG companies are selling raw ingredients or simple snacks. Not so for Tattooed Chef (NASDAQ: TTCF). Instead, the Los Angeles-based company is seeking to become the leader among plant-based convenience meals. These complete, ready-to-eat meals are typically frozen and come in a variety of recognizable forms: pizzas, rice bowls, plant-based breakfast meals, vegetable medleys and plant-based pasta.

This company operates at the highly desirable intersection of plant-based foods and convenience meals. Both of these trends are expected to continue to grow in the years to come. This year alone, the company is expected to more than triple the number of retail stores it distributes to by the end of the year, to over 12,000.  As the most recognizable brand of plant-based convenience foods, the Tattooed Chef stands to reward investors richly.

The plant-based protein industry is not a passing fad. As the calls to move away from meat grow louder and more persistent, these products only stand to grow in popularity. Investors have a variety of options for capitalizing on the industry, including leading plant-based CPG companies, food technology companies, and raw material providers. Of these companies, only Eat Well Investment Group offers investors exposure to multiple parts of the supply chain. This significant advantage should pay off for investors in the years to come.