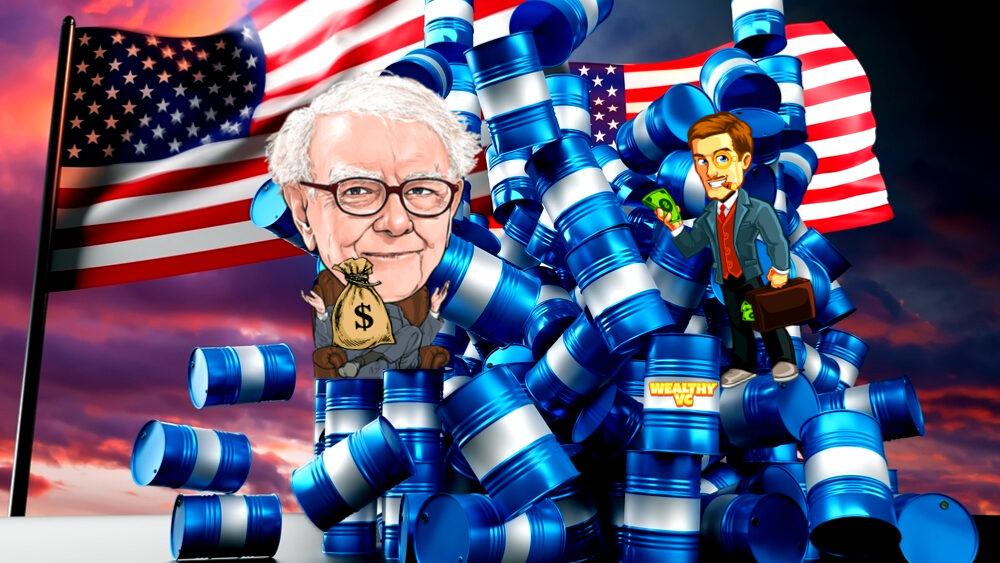 The Most Prominent Investor of Modern Times Has His Sights Set on Gold. Black Gold That Is

Learn more about this top oil stock that Warren Buffett is massively boosting his stake in and why a possible total takeover of the energy giant could be Berkshire Hathaway’s biggest ever.

Late last week, Warren Buffett-led Berkshire Hathaway (NYSE: BRK.A, BRK.B) received approval from the Federal Energy Regulatory Commission to acquire up to 50% of Occidental Petroleum (NYSE: OXY), with an eventual buyout of the remaining 50% expected by many observers.

Occidental Petroleum is an energy company primarily engaged with oil exploration and refinement. Occidental’s business is concentrated mainly in North America, with smaller segments in South America and the Middle East. In 2021, they had a net income of $2.3 billion on revenues of $26.3 billion while generating $9.1 billion in free cash flow.

The move continues Buffett’s investments in the energy industry. In 2008, Buffett invested $232 million in BYD (OTC: BYDDY), a Chinese producer of electric vehicles and batteries. Today, that investment is worth over $4.5 billion. Buffett is also due to increase Berkshire Hathaway’s stake in truck-stop operator Pilot, rising to an 80% ownership stake in 2023. The privately held company generated an estimated $1 billion in pre-tax income on $45 billion in revenues in 2021.

It’s not a secret why Buffett has an interest in the fossil fuel industry. The war in Ukraine is driving down oil production and increasing prices. Even if the war were to end today, Russia’s relationship with the rest of the world would take years to repair, leaving an energy void. This is precisely the type of catalyst that Buffett looks to capitalize on.

Buffett decided to up his position in Occidental for several reasons. First, the company has a very low cost of production, with the cost to produce a barrel of oil under $40, while the going rate is ~$90 on the market. Second, the company is a cash machine that just reported a quarterly record of $4.2 billion in free cash flow. Finally, the recently signed Inflation Reduction Act has subsidies for carbon capture technology, which Occidental uses extensively.

Given Buffett’s penchant for taking complete ownership of companies, look for Berkshire Hathaway to buy out the remaining 50% of Occidental Petroleum in the next few years.

To Infinity and Beyond: Why Beyond Meat Looks Poised to Follow Bed Bath & Beyond as the Next Big Meme Stock Short Squeeze