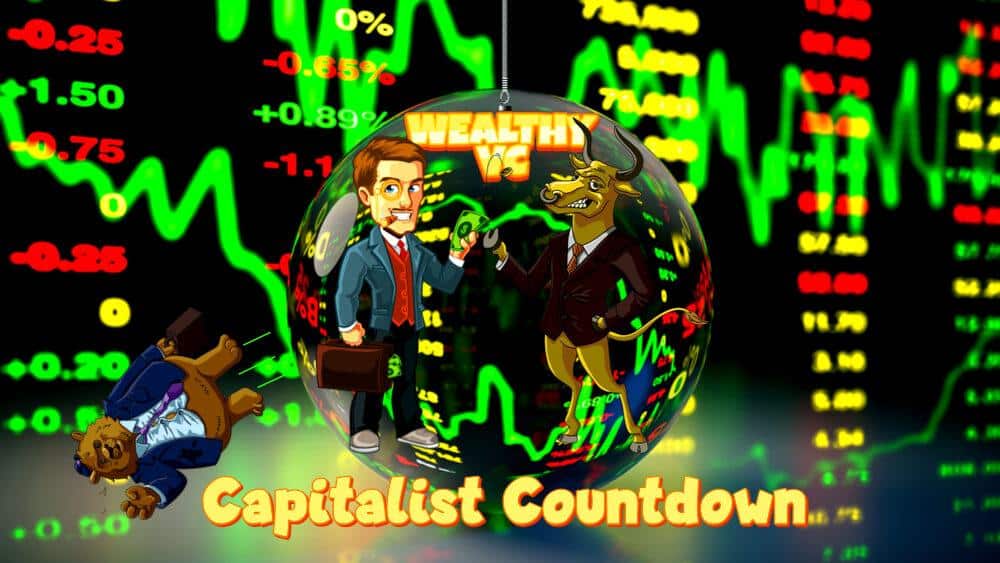 Unlike the many other mundane weekly news recaps, the team at Wealthy VC has made it its mission to scour the deepest depths of the interweb to bring together a collection of the week’s best and most unique investing news stories.

The Capitalist Countdown not only features the biggest stories from the market’s hottest stocks but it also always includes under-the-radar news from a few undiscovered hidden gems, capable of delivering mutibagger returns to your portfolio.

With that said, please sit back, relax and enjoy the Capitalist Countdown’s top 10 market-moving news stories for the week of September 20th – 26th, 2021.

After months of bitter back and forth negotiations, Congress has finally settled on a $1 trillion infrastructure bill to repair crumbling roads and bridges

Included in the bill are subsidies for clean energy companies, including those bringing hydrogen fuel to market. Thanks to the new bill, the U.S. government is already pouring billions of dollars into hydrogen fuel research and development, with one hydrogen fuel project already being awarded $8 billion. One cleantech company that could benefit greatly from the new $1 trillion infrastructure bill that investors should keep their eye on is hydrogen production and refueling leader PowerTap Hydrogen (NEO: MOVE) (OTC: MOTNF) (FRA: 2K6A).

9. What Are the Four Vaccine Stocks to Monitor Closely in September?

With more than 47 million people in the UK alone having at least one vaccination jab and news circulating of a potential vaccine boost programme for society’s most vulnerable, this could potentially lead to a rise in COVID Vaccine Stocks. In light of this, Maxim Manturov, Head of Investment Research at Freedom Finance Europe, explains why it isn’t too late to invest in vaccine stocks, what you need to know before investing, and sheds light on the following four top vaccine stocks to watch out for:

8. DraftKings on an Upswing as Sports Betting Legalization Gains Momentum

The share price of Boston-based DraftKings (NASDAQ: DKNG) is up 42% for 2021 after going up 22% in the month before football season. Shares closed at $59.03 at the end of the September 14 business day. DraftKings’ revenue increased by 320% in the second quarter. Its market value of $627 million has earned it a spot on superstar investment manager Cathie Wood’s influential ARK Innovation ETF (NYSE: ARKK). The most recent success of DraftKings tantalizes potential investors in the sports betting industry for one big reason: Only a quarter of the U.S. is legally allowed to use it.

7. Kevin O’Leary Wants to Double His Crypto Holdings, Predicts ‘Trillions of Dollars Waiting to Come on Board’

In an interview with CNBC on Monday, O’Leary said that he plans to “at least double” his cryptocurrency holdings by the end of 2021. “I want to raise my exposure to crypto — currently at 3% — to 7% by the end of the year. This is not going away, this is the new asset class,” said O’Leary. The Shark Tank investor said he expects that once regulators come to some definitive decisions on cryptocurrencies, the asset class could see an influx of money from a much larger pool of investors. “Now we know that the regulators have pushed back on the lending product from Coinbase Global (NASDAQ: COIN) and that is a slowdown in what is emerging as a really interesting space where people can take their cryptocurrencies and actually make interest. When the 10-year is making you less than inflation, you start to look to alternatives. And that’s why stablecoins are becoming interesting,” he added. “We want the regulator to actually make some decisions about crypto because none of us in financial services want to actually be cowboys about this.” According to O’Leary, if the regulator finally allowed financial services companies to call Bitcoin (CRYPTO: BTC) an asset class and put it into an exchange-traded fund (ETF) in the U.S., a significant amount of money could flow into the leading digital asset.

6. An Inside Look at the Battery Technology Company That ‘Beat Tesla to Mars’

Batteries already represent a multi-billion dollar market, but it’s expected to grow five times larger over the next 10 to 15 years, KULR Technology Group (NYSE American: KULR) CEO Michael Mo said Tuesday during the event. KULR Technology Group is finding success in the battery transportation and energy storage markets, he said. The company is known for its carbon fibre structure, he said, adding that it’s so innovative, NASA incorporated it into its Mars 2020 Perseverance Rover program. “We are proud to say that we beat Tesla (NASDAQ: TSLA) to Mars,” he said. Technology: Keith Cochran, president and COO of KULR Technology Group, said the company’s new CellCheck product will dramatically increase the safety of battery packs by providing instant analysis of current and historic health. “We believe this will be a game-changing product for the $38 billion lithium-ion battery market.” 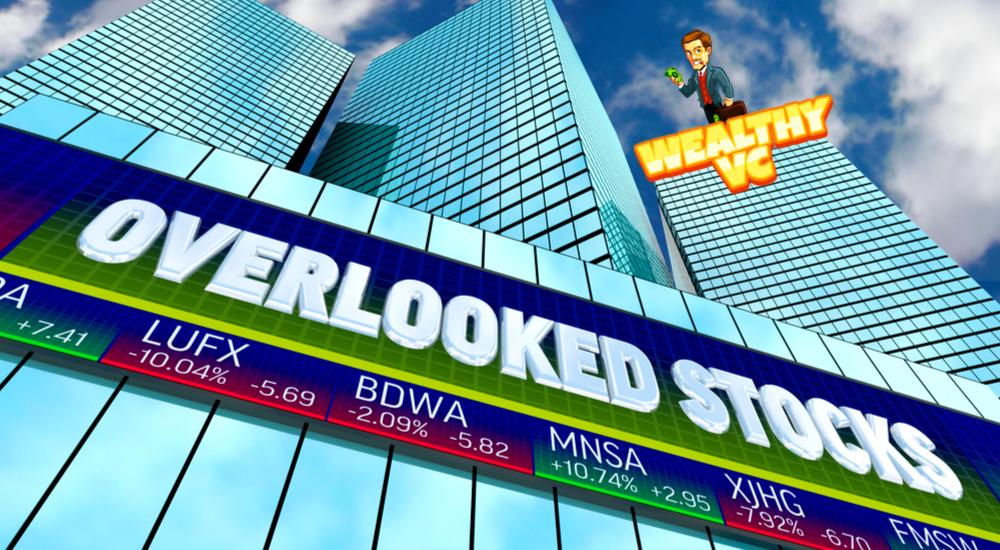 📈 NEW WVC STOCK PICK: A Plant-Based Future and the “Next Beyond Meat Multibagger”

📧 SIGN UP NOW: For the FREE Wealthy VC Email Newsletter Below to Receive Our New Multibagger Stock Pick

📲SMS TEXT SIGN UP: Be the First to Know When a New Investment Article or Featured Stock Pick is Released – Sign Up for the Wealthy VC SMS Text Message List Today By Texting the Word STOCKS to 833-681-1622 or By Clicking Here to Join

Alternatively, You Can Also Gain Access to the “Next Beyond Meat Multibagger” Report By Following Wealthy VC on Social Media Via the Links Below

Eight Capital analyst Adhir Kadve believes Payfare (TSX: PAY) (OTC: PYFRF) could be a moneymaker in the gig economy industry. In a September 7th update to clients, the analyst initiated coverage on the stock with a “Buy” rating and target price of $17 per share, +77% above the stock’s current market price. Kadve believes Payfare has established a first-mover advantage in the Gig economy and also consolidated a strong position for itself setting the company up for continued growth. Payfare’s growing client list includes major brand names such as Uber (NYSE: UBER), Lyft (NASDAQ: LYFT) and DoorDash (NYSE: DASH). Also, the company recently reported a new partnership with MasterCard (NYSE: MA) and announced a new certification deal with the Visa (NYSE: V) Ready Fintech Enablement Program. From a valuation perspective, Kadve believes Payfare profiles as an attractive investment, with the EV/Sales multiple forecast to drop from the 2020 reported figure of 38.5x to a projected 12.6x in 2021, then to a projected 4.7x in 2022.

4. Here’s Why Pfizer Stock Can Rebound After Falling Nearly 15% From its Peak Last Month

A few weeks back, we discussed that Pfizer’s stock price could rebound over a one-month period after falling 4% in a week, based on its historical performance

The recent decline can be attributed to rising concerns over the Biden administration’s plan to reduce healthcare costs, including negotiating the drug prices in its Medicare program. This has resulted in a sell-off in some of the large pharmaceutical stocks, including Pfizer (NYSE: PFE), Merck (NYSE: MRK), and Johnson & Johnson (NYSE: JNJ), among others. In another recent development, the U.S. FDA stated that the booster shots of Pfizer’s Covid vaccine might not be needed. The FDA’s stand stems from the fact that it is yet to be proven that the efficacy of Pfizer’s vaccine is declining. The vaccine has been found to be effective against Covid-19 so far, and a booster shot will make sense only after there are signs of declining efficacy. But will Pfizer’s stock continue its downward trajectory over the coming weeks, or is a recovery in the stock imminent?

Cramer said, as much as cryptocurrency backers don’t like to hear the word “sell,” he was “begging” investors who have made gains in cryptocurrencies to sell some of their holdings and return to weigh in as the situation unfolds. “Don’t let it become a loss. Sell some, stay long the rest, then let’s wait and see if China changes its attitude toward an Evergrande bailout,” Cramer said on his show. Cramer, who has disclosed a position in Ethereum (CRYPTO: ETH), said his concerns begin with Tether (CRYPTO: USDT), a stablecoin that’s pegged to the U.S. dollar. Tether is the third-largest cryptocurrency by market value, trailing only Bitcoin (CRYPTO: BTC) and Etherereum. “The problem with tether is that it’s backed by various holdings and roughly half of those are commercial paper — short-term loans — and much of that is believed to be, but we don’t know Chinese commercial paper,” Cramer said, adding that even if Tether doesn’t any Evergrande exposure, as it claims, “tonnes” of Chinese businesses could get crushed due to the Evergrande exposure and that could trigger a fall of dominoes.

2. What to Know About Michael Jordan’s Newest Role in the Business World

Based in Switzerland, Sportradar (NASDAQ: SRAD) is a global leader in understanding and leveraging the power of sports data and digital content for its clients around the world. The company provides cutting-edge solutions and services to media companies, bookmakers & oddsmakers in the sports betting industry, sports federations and state authorities. Jordan, an early Sportradar investor, was announced as a special advisor to the company’s Board of Directors. “I invested in Sportradar years ago because I believed in the vision and passion that Carsten (Koerl) and the rest of the team had for transforming the sports technology industry,” Jordan said. “I am looking forward to having a formal role with the company as it begins its next chapter.” In his role, Jordan will provide guidance and strategy for the company on the U.S. market, product development and marketing. Sportradar also announced Jordan is increasing his investment in the company.

1. Evergrande: China’s Lehman Moment or Just Fear, Uncertainty And Doubt? How to Protect A Small Account if the Worst Happens

In our previous post (The China Syndrome), we looked at a worst-case scenario of the impending China Evergrande Group (OTC: EGRNF) default, and we showed a way investors in the U.S. could protect themselves if the contagion spread here. Here we’ll consider a couple of other views of the situation in China and how it might affect us. Then, in response to a comment on our previous post, we’ll show how investors with smaller accounts can protect themselves. In a previous post, we showed how an investor could protect a $500k portfolio against market risk. Now we’ll show investors how they can protect a $50k portfolio using the SPDR S&P 500 Trust (NYSEARCA: SPY) as a market proxy.

📈 NEW WVC STOCK PICK: A Plant-Based Future and the “Next Beyond Meat Multibagger”

📧 SIGN UP NOW: For the FREE Wealthy VC Email Newsletter Below to Receive Our New Multibagger Stock Pick

📲SMS TEXT SIGN UP: Be the First to Know When a New Investment Article or Featured Stock Pick is Released – Sign Up for the Wealthy VC SMS Text Message List Today By Texting the Word STOCKS to 833-681-1622 or By Clicking Here to Join

Alternatively, You Can Also Gain Access to the “Next Beyond Meat Multibagger” Report By Following Wealthy VC on Social Media Via the Links Below

READ MORE: A Plant-Based Future and the “Next Beyond Meat Multibagger”