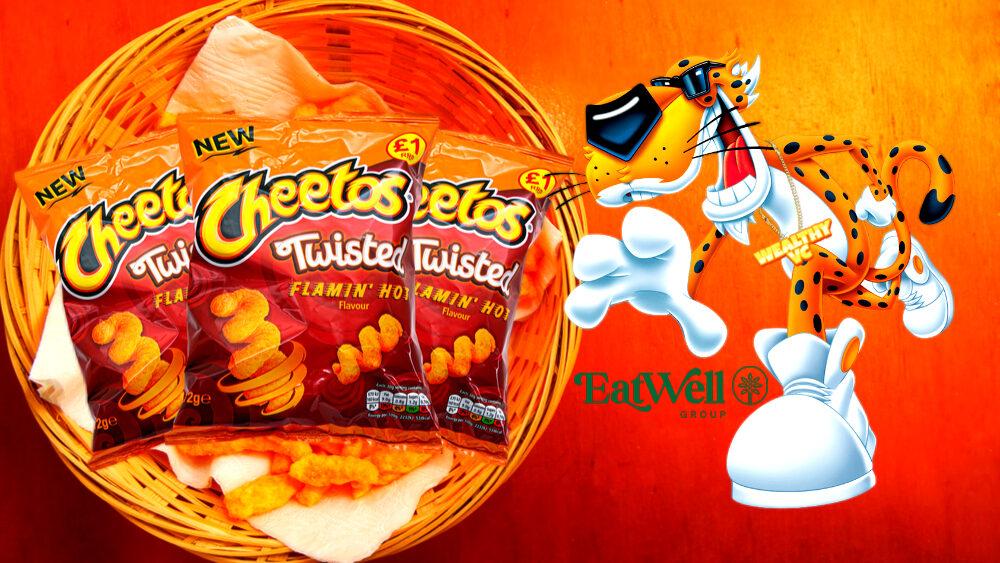 Eat Well Group’s FoodTech Portfolio Company, Sapientia Technology, is Focused on Disrupting the Entire Snack Food Market, Which is Forecasted to Be Worth $736 Billion By 2026

Sapientia Technology is Led By Dr. Gino Bortone, the Inventor of Frito-Lay’s Twisted Cheetos and One of the Preeminent Food Scientists Worldwide

Led by Dr. Eugenio Bortone, one of the world’s most preeminent food scientists, extrusion processing experts, and inventor of PepsiCo (NASDAQ: PEP) owned Frito-Lay Twisted Cheetos, Sapientia has created and filed four foundational patents revolving around the “protein curl” and crispy puff style snack. By focusing on the texture and crunch, Sapientia’s disruptive patents solve one of the significant problems large-scale snack-food companies have struggled with for years; the utility of the snack; including texture, flavour, and offering a guilt-free, not fried, natural and healthy alternative to the majority of snack food products on the market today.

“Innovation to date in the snack food sector has been through products that are essentially less bad for you; however, consumers are about to learn that through proprietary formulations, novel IP and trade secrets, Sapientia is developing products that are in fact healthier, and actually better for you. I am thrilled to disrupt the multi-billion-dollar snack category with products that support the best of health & wellness.” 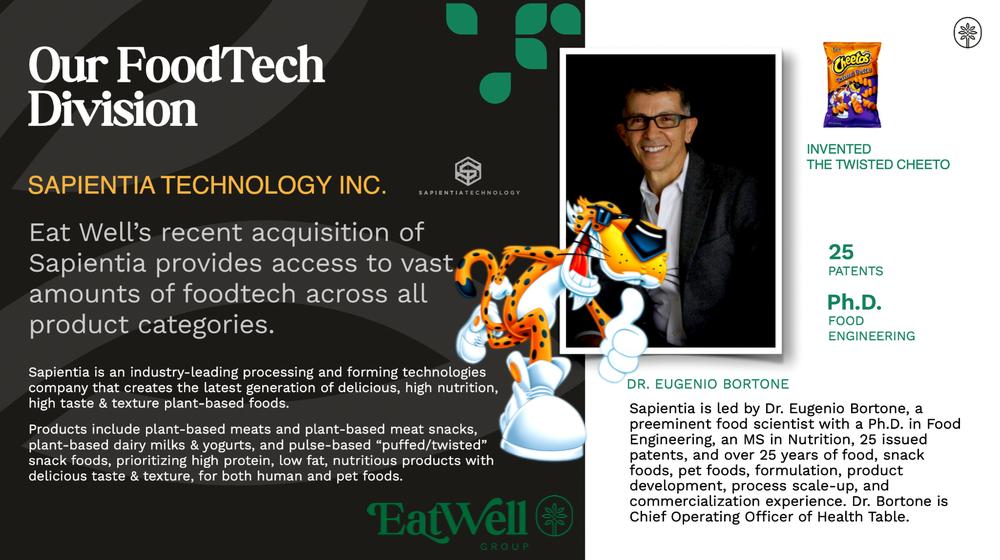 Sapientia Technology is focused on disrupting the entire snack food market, estimated to reach $736 billion by 2026.

Sapientia has developed a breakthrough in fried vs. baked extrusion technology processing, creating a proprietary trade secret. Sapientia has created a unique process that produces the textural attributes of a fried product that is instead baked, with an immense nutritional value as a “better for you” source of protein and fibre, with reduced fat.

Dr. Eugenio Bortone and his team of culinary chefs who work in partnership with seasoning houses have developed natural 100% plant-based seasonings that are entirely vegan. Intellectual property centred around process and formula that uniquely creates plant-based food snacks with very high nutritional value, palatability, and a crispy eating experience.

Sapientia owns a significant portfolio of process trade secrets and patents, most notably a transformational path of a puffy snack into a crunchy crisp, something that has presented a tremendous challenge to leading international CPG players over the past 30 years. The goal is to include increased nutritional credentials to a product that has historically been full of empty calories, fat, and carbs, which is precisely what Sapientia has achieved. 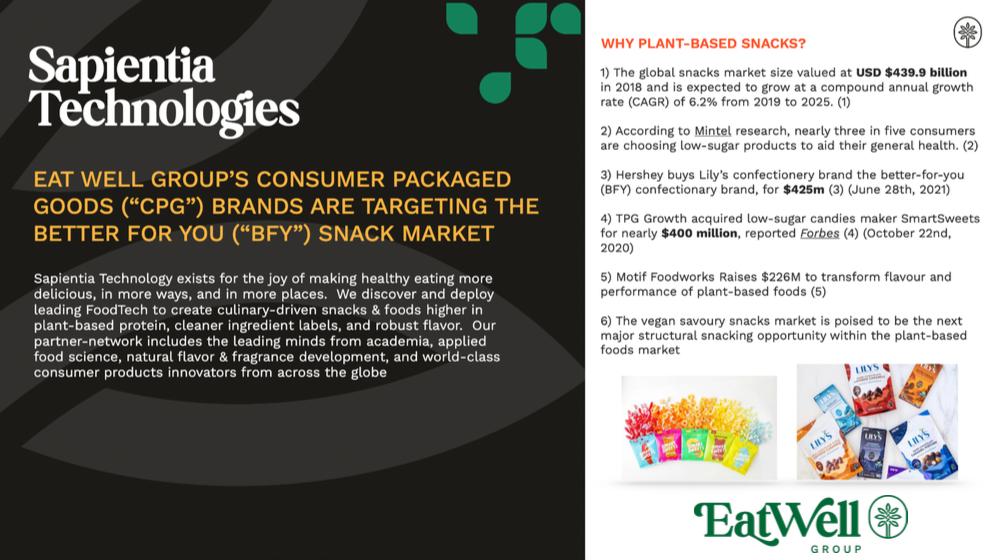 Sapientia is focused on product development in several areas of the snack food market. With years of R&D behind the company, Sapientia is pleased to announce it will be commercializing its products in the coming months, including a wide array of new protein products targeting people and pets.

“There is an incredible amount of demand for these products already in the marketplace as more and more consumers are turning to healthier alternatives to traditional snack foods. And with the launch of our P Curls expected in December to nearly 350 stores across western Canada, we couldn’t be more thrilled to have an immediate path to market,” added Dr. Bortone.

In addition to the existing patents, Sapientia is pleased to announce that it has formed a strategic plant-based Eat Well phytoIP platform in addition to the existing patents. This new strategic initiative will research high moisture meat analogue (“HMMA”) alternatives, fermentation processes, plant-based protein cultivation, and phytonutrient-forward formulae to deploy across foods and beverages. Led by Dr. Bortone and his team and leveraging Dr. Bortone’s extensive network and global reach in the plant-based food industry, Sapientia is in active discussions with several marquis players in bioinformatics biomimicry and extrusion technology to develop the next generation of plant-based foods.

Through its portfolio companies, Eat Well Group continues to collaborate with the Saskatchewan Food Industry Develop Centre Inc. (“Food Centre”) to commercialize and expand the product offerings of its investee companies, Dan Prefontaine, President of the Food Centre and strategic advisor to Eat Well Group has been an essential liaison between the two organizations to help drive continued innovation in plant-based food products. Dan Prefontaine has assisted over 400 companies to develop over 900 CPG products in his 30+ year career to date.

Stay up to date on Eat Well Group and get notified of any important updates by joining the company’s email newsletter.